The Toronto Food Policy Council has just released an Action Plan for urban agriculture in the City of Toronto, with the help of a number of other organizations.  It identifies six priorities for the movement.  What are your thoughts?  Does this address the food challenges Toronto faces?:

1) Link growers to land and space

Research estimates that 10% of Toronto’s current commercial demand for fresh veg could be supplied by urban agriculture.  The space exists and the demand for local produce is real.  The friction is in the linking of available land to potential growers.  The plan suggests a “matchmaking” inventory of landowners like universities, churches, hospitals, office towers, shopping centres and condos to help bridge the gap between land and growers.  Apparently the city of Portland, Oregon put together exactly this type of inventory in 2005 with the help of grad students from Portland State University.  The Stop’s Yes In My Back Yard program is already matching up tons of Toronto back yards with willing growers.  What other urban farms are out there waiting to happen?

Non-profits, municipal departments and various agencies and institutions are holding workshops, tours and educational events all the time to help replace the informal, generation to generation sharing of food and growing knowledge that is often missing in urban spaces.  How can we consolidate food related knowledge, and make it more accessible?  The Plan suggests creating networks, formal food business training opportunities, and online calendars and libraries of information.  Food, it suggests, should be incorporated into K-12 curricula, apprenticeships and work exchanges.

As the Plan states, “often people are unaware of the urban agriculture possibilities – and even of existing projects – in Toronto.  Food growing is sometimes ‘invisible’ in communities, tucked in out-of-the-way places or known only to those who are already participating.”  Detroit began a “GROWN IN DETROIT” program in 2006 to raise the profile of locally grown food and provide support for growers and consumers.  The Plan suggests that Toronto develop a similar initiative to promote, study and strategize for local food growth.

“Another major hurdle to food production (particularly larger scale and commercial food production) is the issue of access to quality compost for soil amendment.  As well, post-harvest processing of urban produced food is an issue; at present, few facilities exist where value can be added via food processing and thus increase the commercial potential of urban agriculture.  Appropriate facilities such as washing stations, community and commercial kitchens, business incubators and packing centres are critical for realizing the full economic potential of urban agriculture.”  The Plan also recommends making links between social investors and seed capital, and new initiatives, as well as City grants as incentives, using new funding models such as competitions and crowd sourcing.  Nifty!

The Plan recommends partnerships within neighbourhoods be established in every ward to help create a strong local basis for urban agriculture support and networking.  It also focuses on urban/rural linkages through the establishment of cooperatives, and the implementation of the Greater Golden Horseshoe Food and Farming Action Plan.  The New Orleans Food and Farm Network created a network of local and regional organizations and individuals addressing food security on a neighbourhood level through education, training and assistance.  The model may well be replicable and scalable to the contexts present in Toronto.

The Plan recommends the creation of a municipal Urban Agriculture Program for Toronto, similar to the one developed for San Francisco in 2011.  Components include incentives for property owners to allow temporary urban ag projects, a “one stop” information hub, and neighbourhood garden resource centres across the city.  GrowTO’s Plan suggests overhauling zoning bylaws in Hogtown to “ensure that existing and future zoning designations to not restrict urban agriculture or any of its supporting activities, by allowing food production (for both commercial and non-commercial purposes) and related activities in most zoning categories, and introducing an ‘urban agriculture’ zoning category for use in designated locations.”  Bylaws dealing with issues like the sale of food, keeping livestock, and mid-scale composting facilities should also be examined.

The full plan is available as a .pdf here. 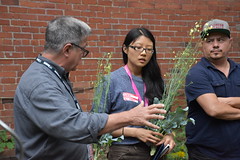 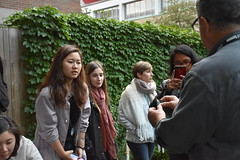 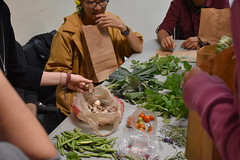